The government has launched a £400M fund for local authorities and housing associations that is to be used for safety upgrades to high-rise buildings, following the Grenfell disaster.

12 local authorities and 31 housing associations will be given the money to cover the cost of removing and replacing aluminium composite material (ACM) cladding systems on social housing buildings over 18m tall.

Until the cladding has been replaced, fire safety measures have been put in place to ensure the safety of residents.

But it isn’t just social housing that requires attention, buildings in the private sector must also be made safe.

The Ministry of Housing, Communities & Local Government has released its latest figures on the number of buildings within in England that may require attention:

“There is nothing more important than ensuring people are safe in their homes and that is why I am pleased the £400M funding has started to be released.”

“In the private sector, I want to see landlords protect leaseholders from these costs. I am pleased that a number have stepped forward to do so.”

The Ministry of Housing, Communities & Local Government also released the areas which have the most buildings that need attention: 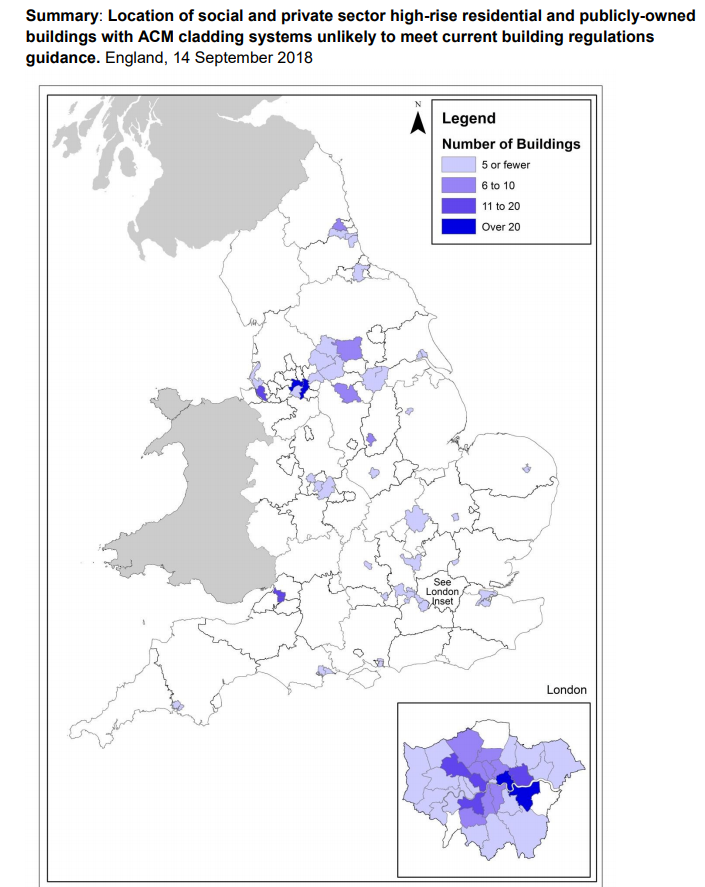 The funding announcement comes after the government recommended a ban on all combustible cladding.